What It’s All About

By: Peter Nestler
In: Spiritual Ponderings 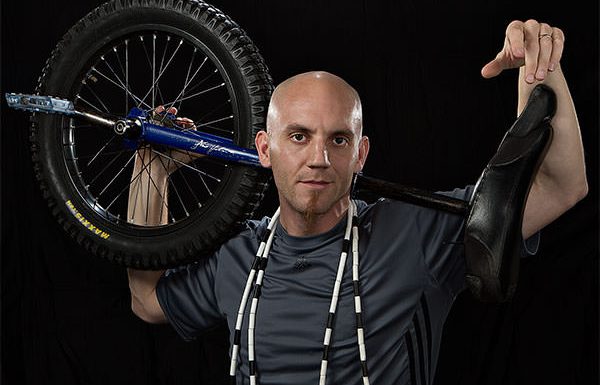 The other day I received a short email from a parent that had seen my performance at an event. “I would like to thank you and let you know when you came to our church, after watching your show and listening to you, my daughter gave her life to Christ. That was the happiest day of my life and I wanted to share this with you.” Performing in different churches all the time, I often don’t see the fruit that is born from what I do. I have prayed with umpteen people over the years, but not being involved with the followup, I don’t usually hear how God is changing lives through my ministry. It’s so humbling to hear how God is using my gifts to reach people for Him. In the end, that’s what it’s all about.

Being involved with ministry, it’s so easy to get wrapped up in being busy for God. In Revelation 2:2-4 Jesus writes a letter to the church in Ephesus and says that He knows what they’ve been doing, but that they abandoned their first love. It’s something that we can all fall prey to. We get so busy on the business of the King, we forget to take time for the King. Over the past few years I’ve made a point of making sure I don’t fall into this trap. I’ve found that as I’ve kept that relationship where it should be, everything else falls in line. I’ve learned to be content in who I am in Christ and what He’s called me to do with my gifts. One of the downsides (at least how I used to view it) is that I don’t see the fruit. Depending on the event, maybe I’m sowing into lives that have never been to church before. Maybe I’m there to reap what other people have been sowing for quite a while. Either way, I share and pray, talk to some people as they leave and then I may never see them again.

Where am I going with this? The thing I had to deal with quite some time ago is that I started feeling like what I do doesn’t really matter. Not having that consistent time with kids every week, I don’t see any growth, I don’t know what they were like before and I don’t see how God has been changing them. They saw me jump, got excited and then what? Did they actually hear what I said? Did they get the point I was trying to get across? It’s hard to say when you deal with so many different people and cultures throughout the country. It took quite a bit of struggling, but I eventually got it that whether I see anything or not, doesn’t matter. I’m following the plan God has laid out for my life. That’s the important thing. I may not be a staff Pastor, I may not have that time every week, but God is using my gifts to reach people that may never get reached any other way. I can connect with someone in a way that others can’t. The plus to not seeing the fruit is that I don’t struggle with getting a big head about how awesome I am for the kingdom of God. Maybe it’s one of the ways God was going to make sure I didn’t struggle with pride (at least in this area). As God often does, what seems like a negative to us, can actually turn out to be a big plus.

I love hearing from people how God has used me in their (or their kids) lives. I heard from a Pastor about a middle school event last year that we had something like 92 salvations in one night. That’s awesome! It’s amazing to see how God has taken a jump rope and a unicycle to reach people. Whether it’s one or a hundred, every life matters and if I’m only there to reach that one (even if I never hear about it this side of eternity), that’s what it’s all about.

Comments are closed, but trackbacks and pingbacks are open.

We just had the opportunity to have Peter Nestler come out and minister to our kids at our kickoff for our Vacation Bible School. He did an amazing job, I highly recommend him to come out to your church. The bible teaching and the bible lessons, and the stories that he relates to the kids and families were right on line with what we needed and what we wanted. With high energy and high expectations, he met all of them! Our kids were really brought into the stories that he told and our parents were intrigued as well. For an entire family event it worked out perfect for us. So I would highly recommend Peter to come to your church, he does a phenomenal job sharing God's word as he shares his talents. Great job and we'd love to have him back someday.